The Business of Social Reality 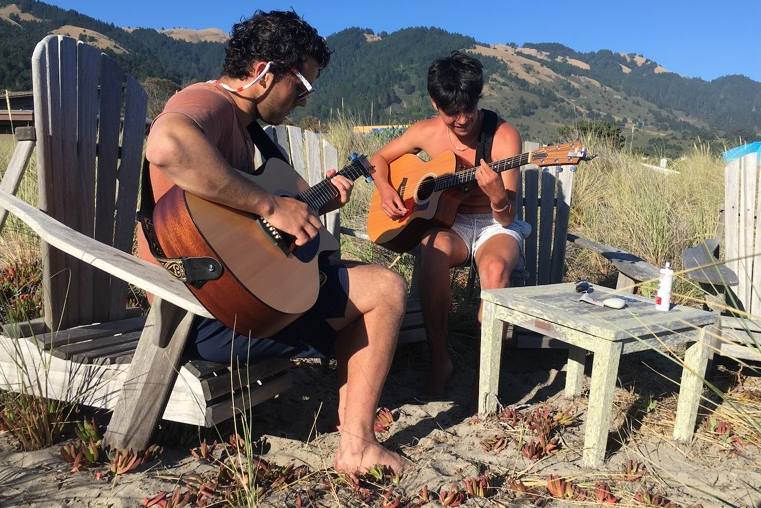 In his article, Bennett writes that "We [A16Z] believe an integrated social component will become a linchpin for emerging consumer companies." Right on the money, with a big - audacious - caveat: 'Social Media' will not make the cut. In fact, despite being one of these 12 growing categories, you can already see the seeds of its own demise: intrusive 'spooky' ads, privacy carelessness, and focus on addictive behavior, to name a few, are already pushing away the new generations, who are fed up with the antisocial business model of Social Media.

We're in for a [Major] Disruption

Social Media is not the new thing. It is already two decades old, arguably, a geriatric category by Silicon Valley standards. It began as a good thing: it made the world smaller, connected people and even inspired social revolutions. This is a far cry from the echo chambers, manipulative and addictive self-promotion money makers they have become. If there ever was a category ripe for disruption, Social Media is it. New generations are abandoning these Social Media apps in troves (Instagram, Twitter, Snapchat) or are simply not even joining them (Facebook, Pinterest). This is as clear a sign as you can get that Social Media, as it is today, has no future.

As we wrote in our blog a few months ago, the so called "social networks" are anything but. Rather than safety nets where we support and champion each other, connect in a genuine way, or become better people, they have turned into vanity stages where we waste time and make no real connections with the people we really care about. Not to mention the interesting fact that these apps ignore places, as if we all lived in The Matrix, alongside with the friends and family we met online.

For Social to become a "linchpin for emerging consumer companies," as Bennett points out, it needs to evolve into a new category we call "Social Reality." This follows the natural pace of consolidation that happens when former new technologies no longer answer the needs of their users.

Social Reality is defined as:

Apps or platforms that enhance and enrich real connections between people, affinities and places

Taking the same 12 categories that Bennett identifies in his article, Social Reality incorporates elements of Vertical Communities, Messaging, Social Media and Local apps, to enhance the way people connect with each other. The basic building blocks of these 4 categories: affinities, communication, sharing and locality, give users an experience that is more connected to their world and their people than any of these alone. So, rather than to trying to substitute reality or to provide an incomplete version of the way we interact, Social Reality evolves the market to adapt to the way we live, rather than the other way around.

As in any industry that's on the cliff of disruption, the big guys hear the roar and move clumsily to patch their business models. Take Instagram, which invites you, via a pop-up, to open other Instagram accounts so that you can have different groups of friends in different feeds (really??!!). Or check Twitter, which last week announced Twitter Communities so you can share your affinities with millions of people ...just like the way we interact in the real world ;) Interestingly, Twitter Communities seems designed to compete with Facebook Groups, which - because Facebook will not change their one-network-fits-all-model - have become a huge moderation nightmare for the company.

A Respectful [and huge] Revenue Model

The Social Reality category does not require an obscure algorithm to make money via ads. Whereas Social Media relies on very complicated math that reads - or listens to - what you do or say in one app and serve you ads in another (by now we've all witnessed the spookiness of that), in Social Reality, the incorporation of vertical communities means that some of your affinities can be transparent, so that the system knows which ads you may like without following you across platforms to guess it.

Additionally, because Social Reality incorporates places, a new ad revenue stream is available without the need to be intrusive (read: ads in your private feeds). Just a few weeks ago, for instance, Nextdoor published an article providing evidence of the huge opportunity that has opened up in local advertising as platforms like them - and ours - finally can move local ads from fliers and local newspapers to the digital world. To make money via local ads, this new category has no need to trick users or treat them as their 'product.'

Another revenue stream in Social Reality - not available to Social Media - is inspired by the way users buy stuff in digital games: boosters that you pay for if and when you need them. For example, if you're using a Social Reality app like Swim, and your dog ran away, you could pay a dollar to boost the geolocation area of your post so that people further than your own hood can help you find it. In Social Reality, there is no need to pay - like in Social Media - but there is a way to have useful one-time micro-products by paying - unlike Social Media.

Power [back] to the People

With users in charge, technology will do what it is supposed to do: to enhance our lives rather than dictate them. We will arrive at the future that Bennett envisions in his article, a future made of "interest-based platforms that drive meaningful new relationships." A fresh take on the next stage of Social. A Social Reality that fits peoples' reality. For a change.